Multnomah Athletic Club volleyball is a competitive junior club program, which includes teams from 12U - 18U, ages 8 - 18. MAC teams compete at local, regional, and national levels from November through May. The program includes developmental and competitive teams across most of the age divisions. Teams are led by an experienced team of coaches who help ensure a well-rounded program. The MAC volleyball program runs on a whole-athlete framework, where coaches and athletes are continually pursuing athletic success and wellness. In addition to learning fundamental skills, the whole-athlete concept incorporates technical and mental training, consistent sportsmanship and respect for others and self, overcoming adversity, and developing dignity and confidence as an athlete. 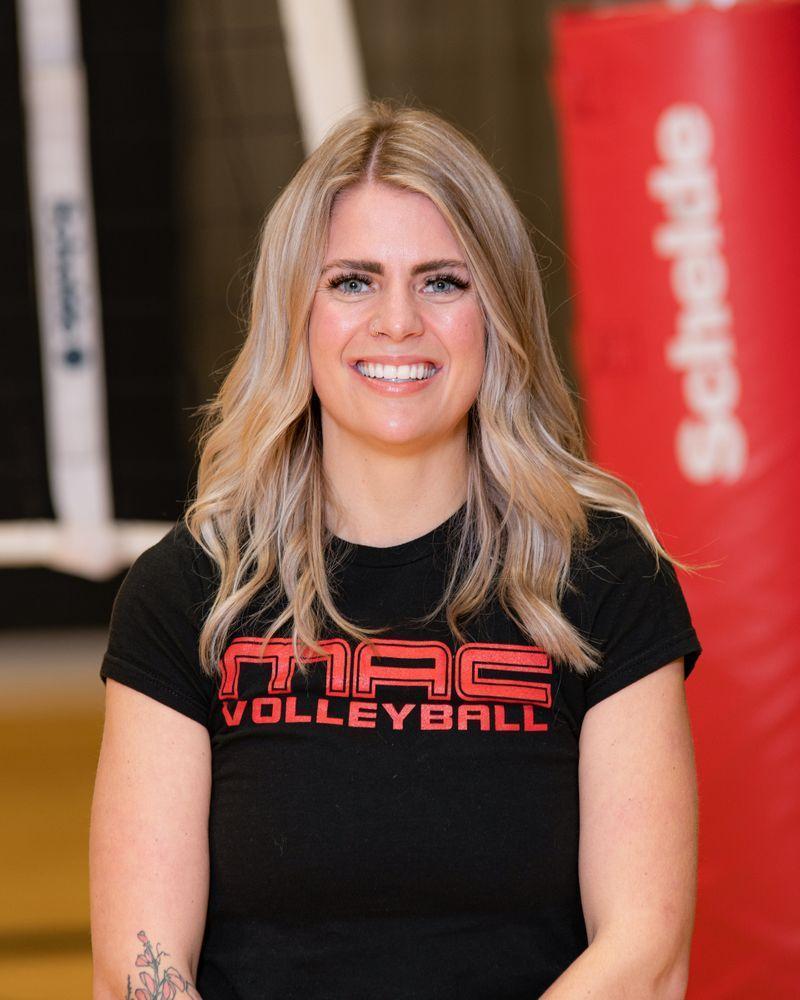 Taylor is a born and raised Portland native. This is her first season as head coach and volleyball director at the MAC. She has spent the last 10 years coaching at Barlow High School, (her alma mater). She started playing volleyball when she was 9 years old, for a small club called Starlings, before transferring over to Nike NW Jrs (AKA NW Jrs and Adidas NW), where she played until she graduated from high school. She went to Barlow High School, where she played on varsity as a setter. She received honorable mention her junior year, and 1st Team All State her senior year as a 6A setter. After high school, Taylor went on to play one year at Mt. Hood Community College, where she ultimately retired from her time in competitive volleyball. She joined an adult sand league through the Portland Volleyball Association and began coaching shortly after.

Taylor has two boys - Holden (8) and Cove (4) - and has spent the last 10 years being a stay-at-home mom, graphic designer and volleyball coach. When she’s not on the court, Taylor spends her free time with her kids, hiking, fishing and camping. 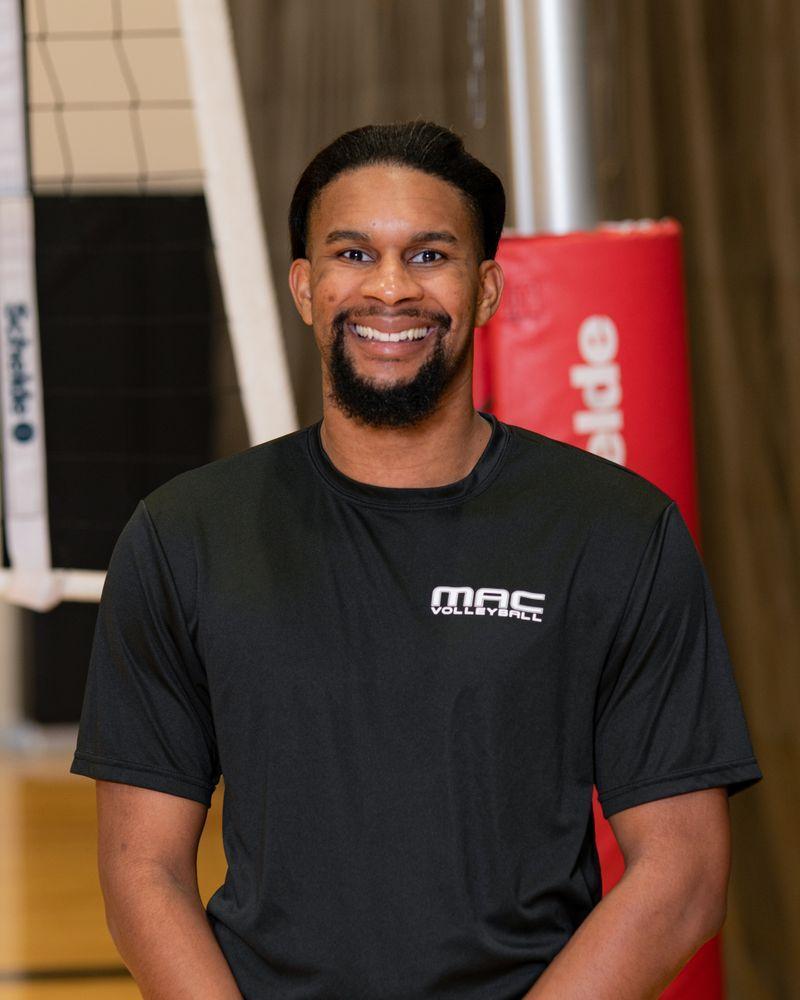 Coach Nicholas is a UC Merced grad, who was a member of the Men’s volleyball club program as well as a member of the university’s inaugural men’s varsity team for the 2014 season, once the university team transitioned from a club program to an official member of the NAIA. He has experience playing the outside, middle, and opposite positions. Nicholas has coached middle school, high school varsity, college club teams, as well as various youth camps and clinics throughout the years. When Nicholas is not coaching, he works as a grants & contract coordinator for OHSU in the Internal Medicine department. He possesses a BA in Economics as well as a MBA in Finance.

Nicholas loves to spend his remaining time with House Costello, which consists of his beautiful wife, Eva, and daughter Melony, exploring the realm of the Pacific Northwest. The upcoming 2023 CEVA season will be Nicholas’s third season with MAC, and he is extremely excited to develop the young women on his team not only as volleyball players but as terrific people in society.

Cory started playing volleyball when he was around 8 years old on the beach in Southern California where he is originally from. He grew up playing any sport he could get his hands on, but once he started high school and discovered indoor volleyball, it rose above all the others and he ended up playing for his high school and on club teams as well.

When Cory went to college, he was more focused on his degree but still played volleyball wherever he could outside of school. Having a dad that was a varsity high school football coach, Cory's childhood was filled with sports, training and advice (whether it was wanted or not), but Cory accredits his dad's guidance in helping him build an understanding and desire to also be able to coach the sport he now loves and coaches today.

Cory has also coached youth camps, volunteered for other sports teams, and also just recently got a coaching job at PSU for their newly formed mens club team. Cory is also the JV volleyball coach at Benson Tech High School. He is excited to be coaching at MAC and grow with his team.

Also, two fun facts about Cory are that he has a degree in Theatre Arts and can speak French!

Maya Lindskog is the assistant coach for the 16 premier team. She played volleyball for 8 years for her school teams and also on club teams throughout her volleyball career. Although she loved this sport, she found a passion in multiple other sports and decided to try them out in high school. She played and lettered in 6 different sports, including volleyball, lacrosse, swim, water polo, wrestling, and football. After high school she wrestled in college for 2 years, but is now focusing on her school work and becoming a dental hygienist. She is looking forward to this years season and to watch the team grow!

Dani has been playing volleyball for almost 20 years. It has been a passion of hers since the first time she played, in a little recreational league. She played at Liberty High school where her team took 2nd and 5th in state. After high school, Dani played 2 years of collegiate volleyball before switching her focus to playing sand volleyball with a club team, and playing lacrosse.

Dani has been coaching volleyball for about 4 years, both club and school teams. In addition to coaching, she has been a personal trainer and sports performance specialist for about 10 years, and loves applying her knowledge of kinetics and exercise to coaching athletes.

Coach Shannon is originally from Virginia, although she has lived in Oregon for 6.5 years. She started coaching volleyball as a volunteer in Salem, Oregon at the Boys and Girls Club before moving to Portland. This is her 5th season at the MAC and she also coaches at Lincoln High School. Shannon's goals for the season include individual and team growth, preparing players for the next level of volleyball, and having fun. 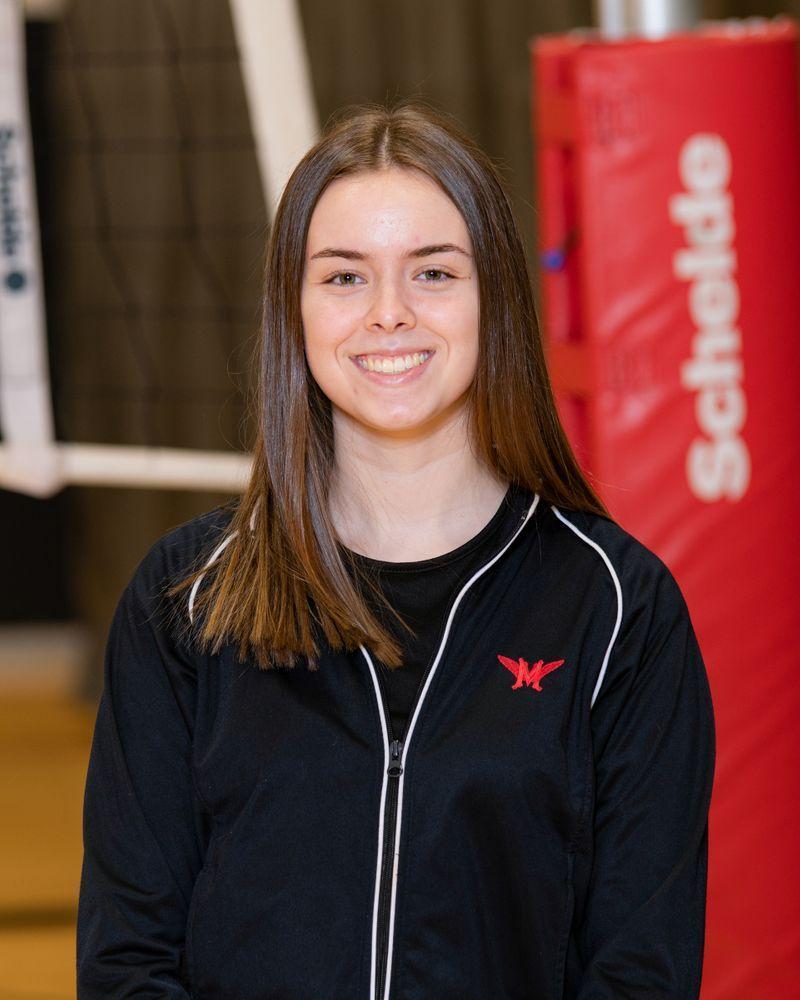 Rachel was born and raised in Seabeck, Washington and came to Portland almost 3 years ago for school. She graduated from Klahowya Secondary School in 2020. There, Rachel started as the varsity setter all 4 years, earning All-League recognition for 3 years, 2 of which were as the league MVP. She was also recognized on the All-West Sound Team, as well as All-State. Rachel also played for Kitsap Select Volleyball Club and Olympic Premier Volleyball Club as a setter and then a right side hitter. She ranked #3 and #4 in assists for the Cascade Conference. Currently, Rachel is a junior at Multnomah University where she is studying exercise.


This is Katie's second year coaching at the MAC! She is so stoked to be coaching the 14-Premier team this year. Katie started playing volleyball in the fourth grade and has loved it ever since. She played for a few different clubs in Washington, including Sudden Impact, High Velocity and Moxie, as well as for her high school team, Eastlake. Although she took a break in college, she has started playing indoor and beach again. She also loves to backpack, hike, bake, read, knit, and ski. 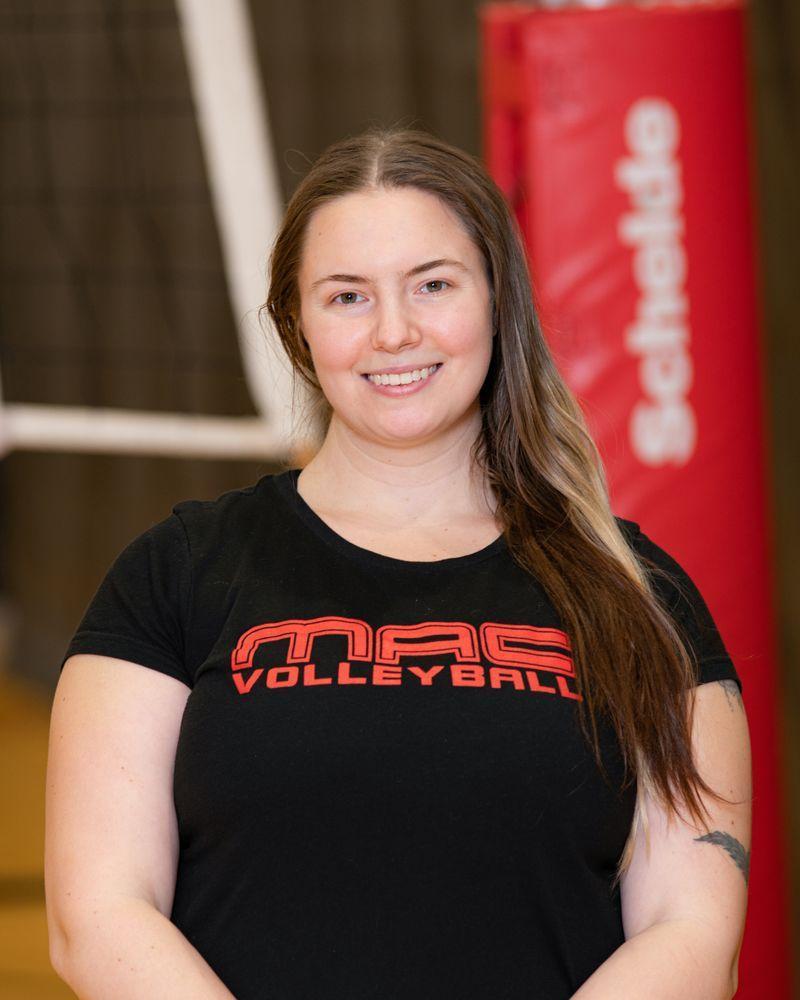 Quin started playing volleyball in 5th grade when her school soccer team didn’t have enough players. From there Volleyball became her main sport playing club and traveling to play at tournaments across the region. She played Varsity volleyball at Lincoln, swinging up from JV her freshman year and was on Varsity full time every other year. Quin has led and developed sumo camps and class curriculum for THPRD, as their lead volleyball instructor and their Director of Volleyball Camps at Conestoga. While in college, Quin played club Volleyball at Portland State University.

Quin started coaching 14U and 12U club in 2013 and joined the MAC program in 2015 coaching the 12U White team. She loves coaching 12U players and watching them grow and develop over the season. She is currently the 12U Elite Head Coach for this season and is loving the opportunity to coach and help grow the MAC Volleyball Program. 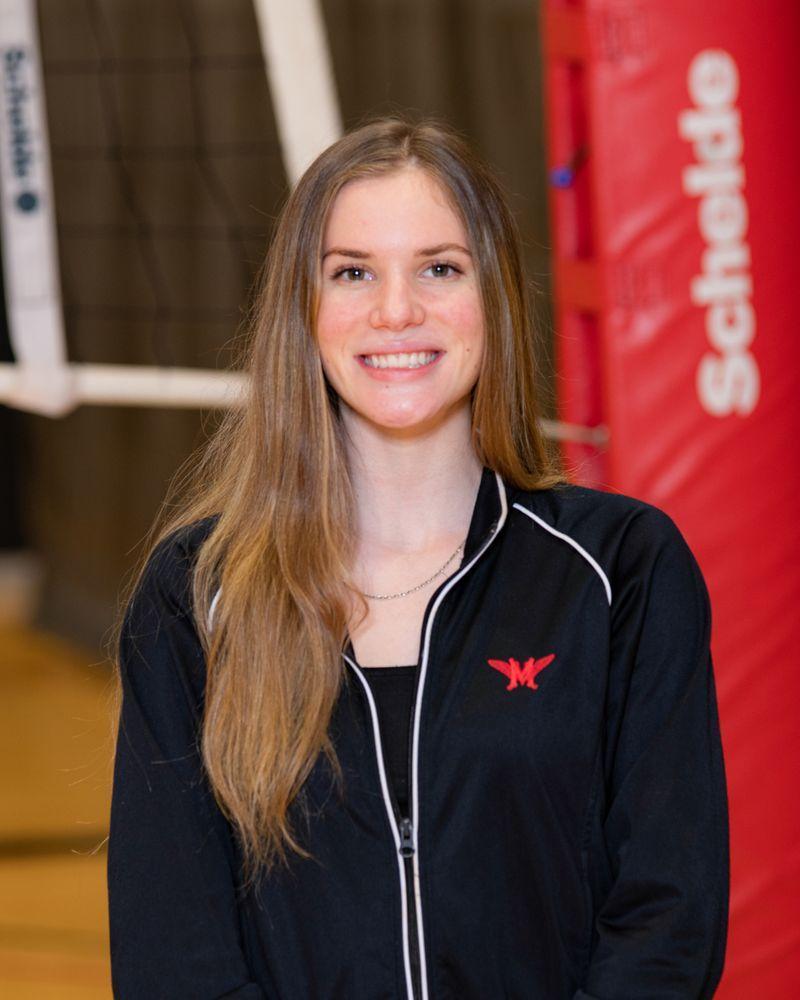 Cassidy is currently in her third year playing volleyball for Multnomah University. She has experience playing in high school, club, and sand volleyball. Cassidy is always finding ways to stay active and she loves the sport of volleyball!