Multnomah Athletic Club's program is a Bronze Level Certified U.S. Ski & Snowboard Club, offering season-long winter programs, training camps and dry-land conditioning for athletes ages six to adult. Compete in the sports of Alpine Ski Racing, Free Skiing, and Snowboarding. The experienced, certified coaching staff takes athletes to the next level, wherever they are in their journey. MAC Ski & Snowboard believes in a holistic approach to the development of young competitors, athletically, academically, and socially, through partnership with parents, teachers, and mentors. Core values are taught in a positive team environment on a daily basis, providing athletes experiences and lessons that will help them become the best version of themselves in sport and life.

The recreational ski program is managed by the Outdoor Department,

Get to know our Head Coach 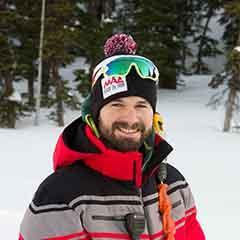